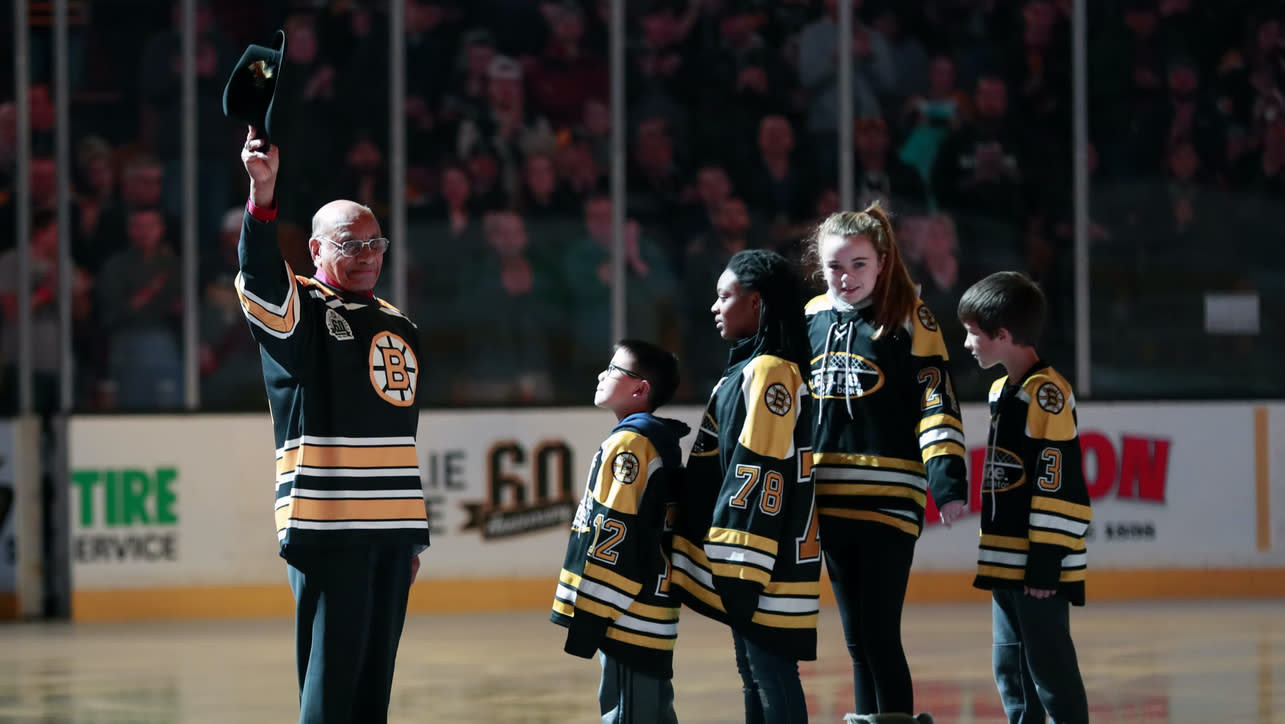 Willie O’Ree, an NHL legend and trailblazer, soon will be immortalized in the rafters of TD Garden.

O’Ree broke the NHL’s color barrier in 1958 as a member of the Boston Bruins. On Tuesday, the Bruins announced they will honor the Hockey Hall of Famer by retiring his No. 22 jersey prior to the team’s Feb. 18 game vs. the New Jersey Devils.

It’s a moment O’Ree is very much looking forward to. The 85-year-old reacted to the news during a call with reporters on Tuesday.

Bean: B’s enter season as a team in transition

“It’s wonderful, really,” O’Ree said. “I’ve met those gentlemen and Bobby (Orr) has attended my Will O’Ree hockey skills tournament on weekends. I’m just thrilled and honored to be a part of the Bruins organization. I was a Montreal Canadiens fan in my teens because Toronto and Montreal were the only two teams in the NHL, but when I went to my first Bruins training camp in 1957, I became a Bruins fan. In ‘58 I went again. I had the highest respect and highest admiration for the entire Bruin organization, especially the guys that I played with during that time.”

O’Ree’s number will be the 12th retired by the storied Bruins franchise.

Party of 5? No front-runners in competitive NL Central

20 Burning Questions: Which top prospect has the best chance of helping this season?

Suarez and Almirola give Kentucky an all-SHR front row