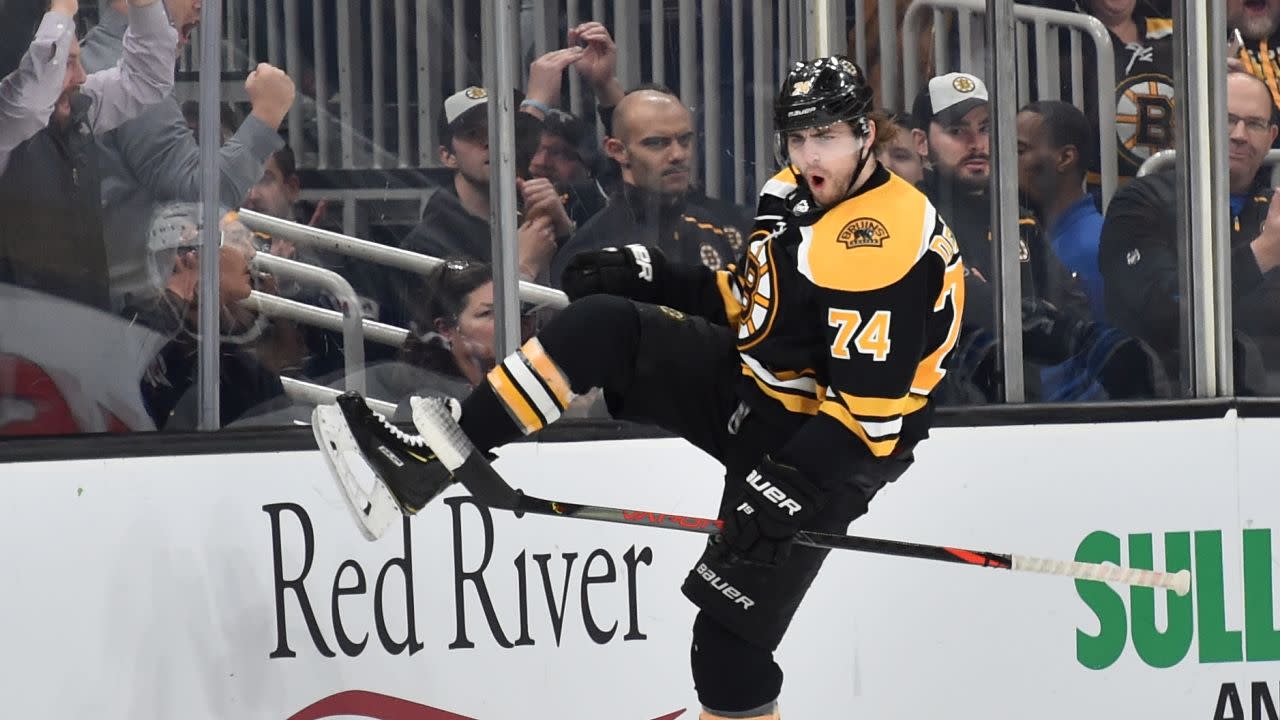 Jake DeBrusk is coming back to the Boston Bruins.

The restricted free agent forward has signed a two-year contract with the B’s worth $7.35 million, the team announced Monday. The deal includes an annual salary cap hit of $3.675 million.

DeBrusk, who tallied 35 points (19 goals, 16 assists) in 65 games last season, didn’t have many options as an RFA without arbitration rights. However, both sides should feel good about this contract.

It’s a very team-friendly deal for the Bruins. For starters, they have locked up a top-six left winger who’s averaged 20 goals scored over his first three seasons for less than $4 million annually. This figure is below what a player of DeBrusk’s caliber and age (24) normally would receive on the open market.

It’s also a good price for Boston because the team didn’t have much room under the salary cap before this deal. Now the Bruins still have about $4 million left under the cap, which should be enough to re-sign captain and veteran defenseman Zdeno Chara at some point.

Bean: What’s left for Bruins to do this offseason?

Why is it also a good contract for DeBrusk?

He only signed for two years, which gives him time to become a more consistent scorer — one of the biggest knocks against him — and hit the market again in the summer of 2022 when the financial climate in sports should be in better shape than it is now during a pandemic.

DeBrusk will have plenty of motivation to take his game to a higher level and set himself up for a bigger payday in two years.

a Goal from Calgary Flames vs. Edmonton Oilers

Who will snag the West’s final playoff spot?