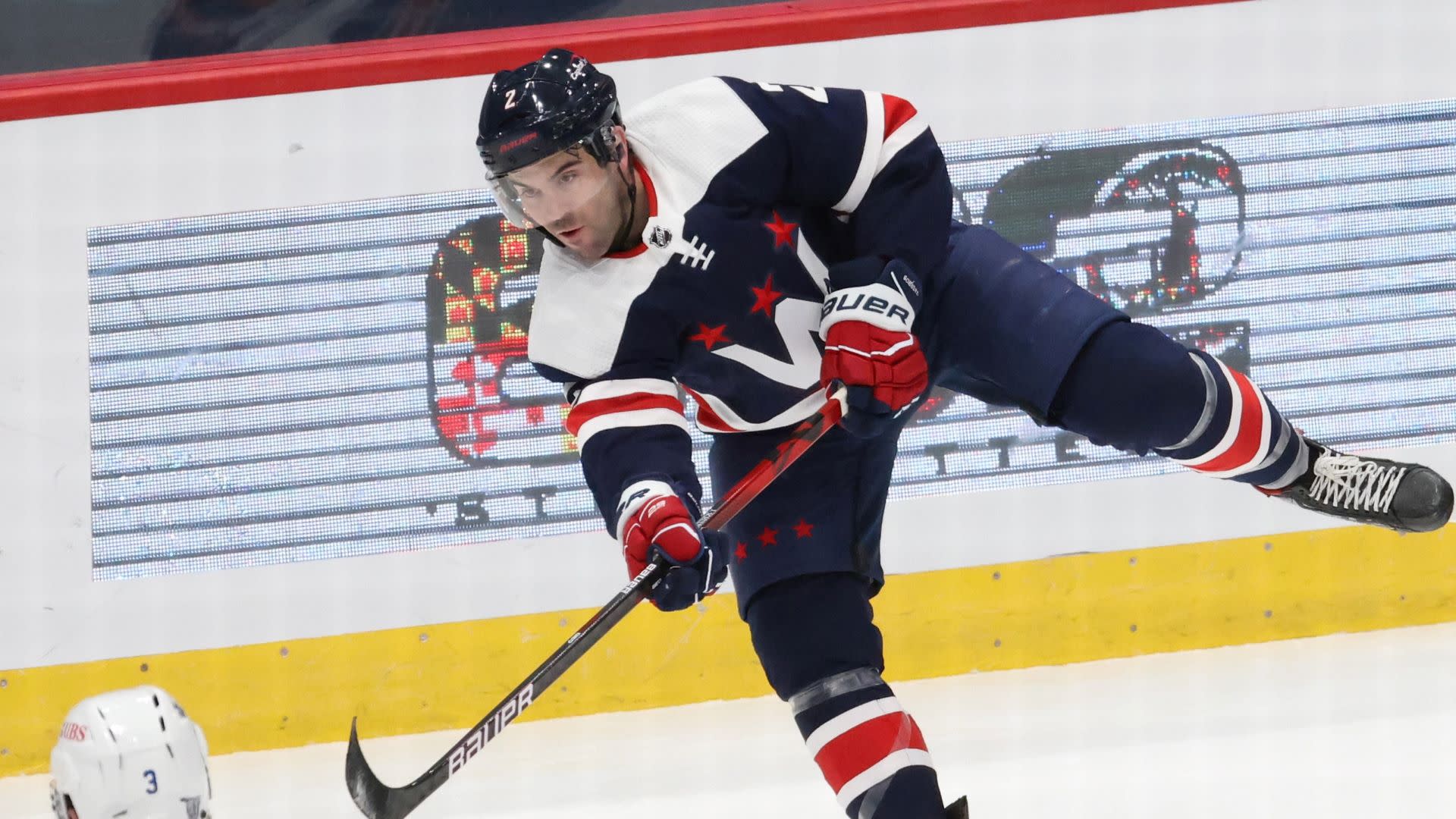 What are the Caps’ defensive options heading into free agency? originally appeared on NBC Sports Washington

The Capitals are a team with Stanley Cup aspirations that fell short of that goal in 2021. Because of that, nothing is off the table when it comes to improving the team. What moves could they make to improve the defense?

In terms of bodies, this is actually an area of surplus for the team. In terms of defense, they certainly could be better. Washington finished 17th in the NHL last season in goals against per game. For a team known for its offensive firepower playing in front of two rookie goalies, that’s not terrible. For a team that wants to win the Stanley Cup, they have to do a better job keeping the puck out of the net.

Zdeno Chara is set to become a free agent. “We’ve talked to his representative. I think we might check in here again when [free agency]opens up just to see if he’s serious about coming back or not coming back and where the salary is going to end up and if we have room based on our roster decisions,” General manager Brian MacLellan told the media Saturday.

Translation: If he’s still available, still wants to play and if we have any money left, then we’ll talk.

I don’t see that happening.

Michal Kempny is set to return to the ice this season after missing all of 2021 with an Achilles injury.

Even if the team does not re-sign Chara, they already have eight defensemen with Dmitry Orlov, John Carlson, Brenden Dillon, Justin Schultz, Nick Jensen, Trevor van Riemsdyk, Kempny and Fehervary.

When there are no roster spots and no cap space available, it’s kind of hard to add free agents.

Having said that, I thought the same thing last year and MacLellan still managed to add Chara, Schultz and van Riemsdyk, so you never know.

One name to keep in mind would be Ryan Suter. He may have been bought out by Minnesota, but he was still a good player for them. Coming off a buyout, his price tag will probably be fairly low.

A trade is coming, but it is more likely the Caps send someone out than bring someone in. Again, they have eight NHL defensemen which is a luxury they can’t afford with their cap space issues.

Dillon, Schultz and Jensen were all left exposed at the expansion draft so those would be the three most likely players for the Caps to move. Jensen, however, has a cap hit of only $2.5 million. Dillon has a cap hit of $3.9 million, but three years left on his contract so that will be a hard contract to move with the flat salary cap. Schultz has a cap hit of $4 million, is a right defenseman and has only one year left on his contract. That’s still a lot of cap space for a team to take on in this current climate, but that seems like a much easier contract to move than Dillon’s.

The most likely scenario

“I think we’re going to have to make some decisions on our D,” MacLellan said. “We’ve got good depth and guys that have played well.”

Again, the Caps must shed salary this offseason and defense is an area of surplus. I think the Caps tipped their hand when they left Schultz exposed in the expansion draft. I expect he is the guy they will look to move and simply promote van Riemsdyk into the lineup as an everyday player.

Schultz had a great season last year, but even if you like him over Dillon, it will be much tougher to replace Dillon. If the Caps lose him, they will have Orlov, Kempny and Fehervary on the left. Kempny is coming off his second major injury and did not play at all in 2021. Fehervary, meanwhile, has played in six career NHL games. Both players are question marks in terms of what they can provide next season and one of those players will have to play in the top four.

I see the Caps trading Schultz for cap room, even if it takes a high draft pick to do it, and going with a defensive lineup of:

Is that defense better than in 2021? Probably not, but I just don’t see how they get the cap space to make any additions.

Last season I was writing a piece on free agents to watch. I typed out “Justin Schutlz,” paused, then deleted it. There’s no way they could fit him under the cap, I thought.

Not only did MacLellan fit Schultz under the cap, but he added Chara and van Riemsdyk as well. Never count out MacLellan in these situations.

I don’t think the Caps have the room to make any free-agent additions or the assets to trade away cap space and bring in players to bolster the blue line, but if MacLellan wants to do that, he will find a way. I think it depends on just what he is able to conjure up on the trade market.

Next Lance Lynn shines on the mound and at the plate as White Sox top Brewers, 3-1

Zdeno Chara on returning to play in New York: ‘I’m happy to be an Islander again’

Veteran Chara back with Islanders, NHL team that drafted him

Here’s What Bruins, Lightning Had To Say About Fight-Filled Game