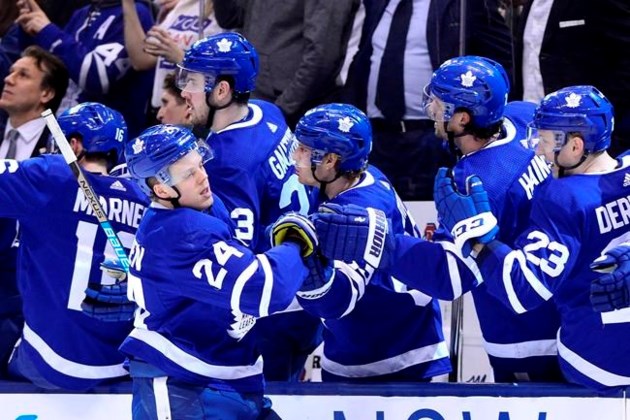 Toronto Maple Leafs winger Kasperi Kapanen has a concussion and will miss a second straight game on Wednesday night against the visiting Chicago Blackhawks.

The 22-year-old native of Finland was listed as being out for precautionary reasons due to illness on Monday night against the Tampa Bay Lightning.

The Leafs announced Kapanen has a concussion on Wednesday morning.

“Kappy’s got great speed, he’s got tremendous work ethic, he’s a real good penalty killer,” Leafs head coach Mike Babcock said after Wednesday’s morning skate. “It affects you, but it’s opportunity, too, for someone else.”

That opportunity falls to William Nylander, who will skate alongside Auston Matthews and Andreas Johnsson for the second game in a row.

Defencemen Jake Gardiner (back) and Travis Dermott (shoulder) remain out, while winger Zach Hyman was a late scratch with the flu.

The Leafs will look to bounce back after falling 6-2 to the Lightning in the opener of a three-game homestand.