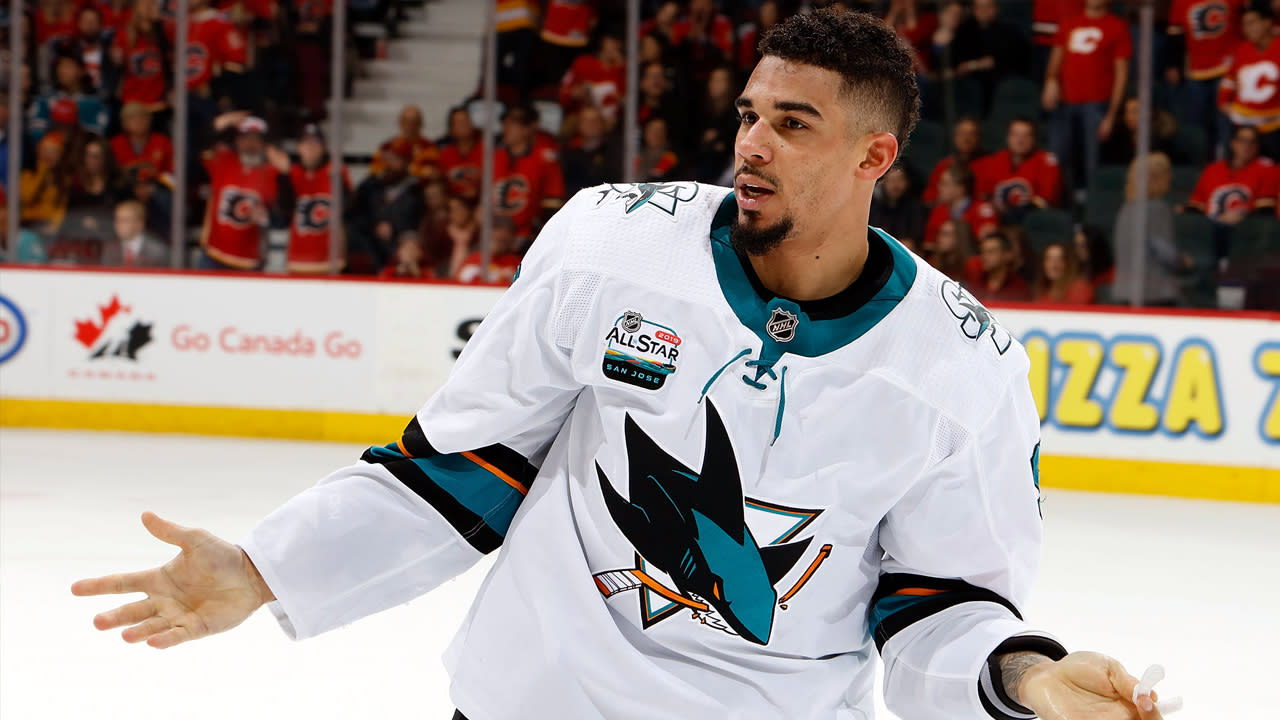 The year 2020 can’t get more weird and bizarre.

Well, Sharks winger Evander Kane and YouTube stars Logan and Jake Paul have decided to take it to another level. Kane challenged Jake Paul to a fight the day after the YouTuber-turned-boxer knocked out former Warriors guard Nate Robinson. Logan Paul seems to not know who Kane is, and Kane didn’t take kindly to the disrespect.

“Logan Paul? I’ll take the mop off your head and wipe the floor with ya,” Kane responded Tuesday night.

“I’ll take on any Paul brother,” Kane told TMZ Sports. “I don’t care who it is. Either one of you can get it. … They’re both getting KO’d.”

Kane is one of the more notorious fighters in the NHL. The 29-year-old was named after boxing legend Evander Holyfield, and has fought 21 times in his NHL career, according to Hockey Fights. Perhaps he’ll add a fight in the ring in 2021?

Let’s get this year over with.