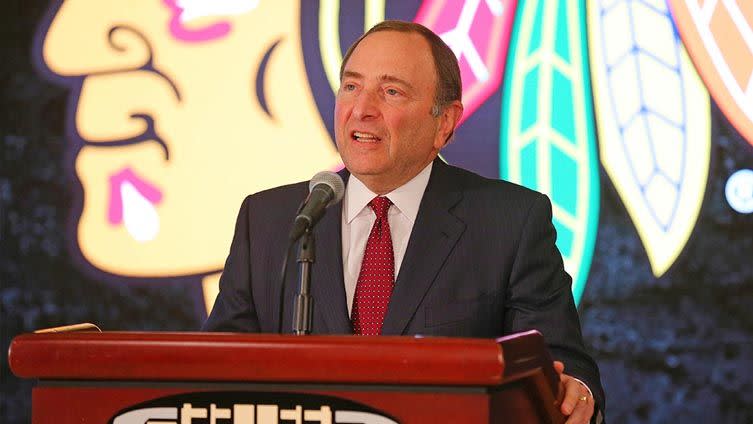 The NHL has reportedly narrowed its list of potential hub cities from 10 down to six and it appears Chicago still has a chance to be one of the league’s two hub cities.

Penguins announce and Dallas confirms that they are out as potential hub cities for the NHL…
Edmonton, Vancouver, Toronto, Chicago, LA and Las Vegas are left.
League hoping to announce hubs by weeks end.

The four cities that have been eliminated from the NHL’s initial list are Columbus, Dallas, Minneapolis/St. Paul and Pittsburgh.

It has widely been reported that Vegas is a frontrunner to be one of the two hub cities and that the league would prefer to have a Canadian city be the other hub. The Athletic reported that Chicago’s most likely bid would be as a backup to Vegas as the American host city.

An interesting note from the final six potential cities is that all are homes to Western Conference teams outside of Toronto. It may be possible that the NHL decides to have two west-coast hubs, which would make it difficult in keeping one of the potential playoff teams from having home-ice advantage.

The league is reportedly set to make an official announcement by the end of this week.

Click here to download the new MyTeams App by NBC Sports! Receive comprehensive coverage of your teams and stream the Blackhawks easily on your device.

Report: Chicago one of six finalists to be NHL hub city when hockey returns originally appeared on NBC Sports Chicago

Boomer Esiason Explains Why Patriots Are Constructed To Beat Chiefs

Social Roundup: See what athletes are doing with their seasons suspended – March 27

Ronaldo and Icardi have off days as Juventus matches record

Betting on himself: Odorizzi accepts offer for Twins’ return