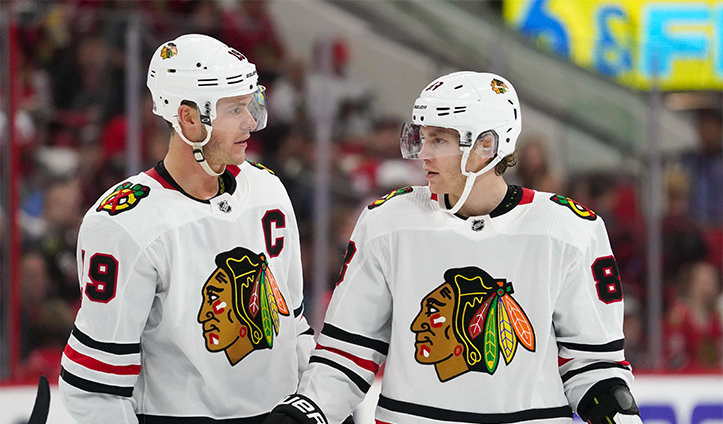 The Blackhawks are technically underdogs against the Oilers in the play-in round when the NHL returns to play, but two NHL Network analysts are picking Chicago over Edmonton anyways.

Mike Johnson and Mike Rupp explained on NHL Tonight why they’re taking the 12 seed to upset the 5 seed.

“They have the high end stars,” said Johnson.  “Kane, Toews and others. They have the goaltender in Corey Crawford, who when he’s on his game, he can steal a game, steal a series.”

Johnson continued by saying Edmonton can be overly-dependent on their special teams play.

“The Edmonton Oilers were so reliant on their power play and penalty kill. If that goes cold, 5-on-5 hockey– which playoff hockey involves more of– doesn’t favor them to the same degree.”

Rupp on the other hand values the Blackhawks’ playoff experience in this unprecedented format.

“Just look at the circumstances that we’re under right now,” Rupp said. “This is very foreign, it’s a unique situation. I want guys who have gone through some unique situations… That’s no knock to the Edmonton Oilers, they just haven’t been through a grind of any sort like this in the playoffs in general.”

Previous WATCH: Nelson Cruz Ties It Up in the 9th | Rangers CLASSICS

Next Pitchers Meyer, Vincent agree to terms with Miami Marlins

Canadiens look to keep success rolling at home vs. Flames

This was the secret to Rutherford’s success

How Can Ben Watson Help Patriots’ Offense In Return From Suspension?

McDavid to miss up to 3 weeks with quad injury