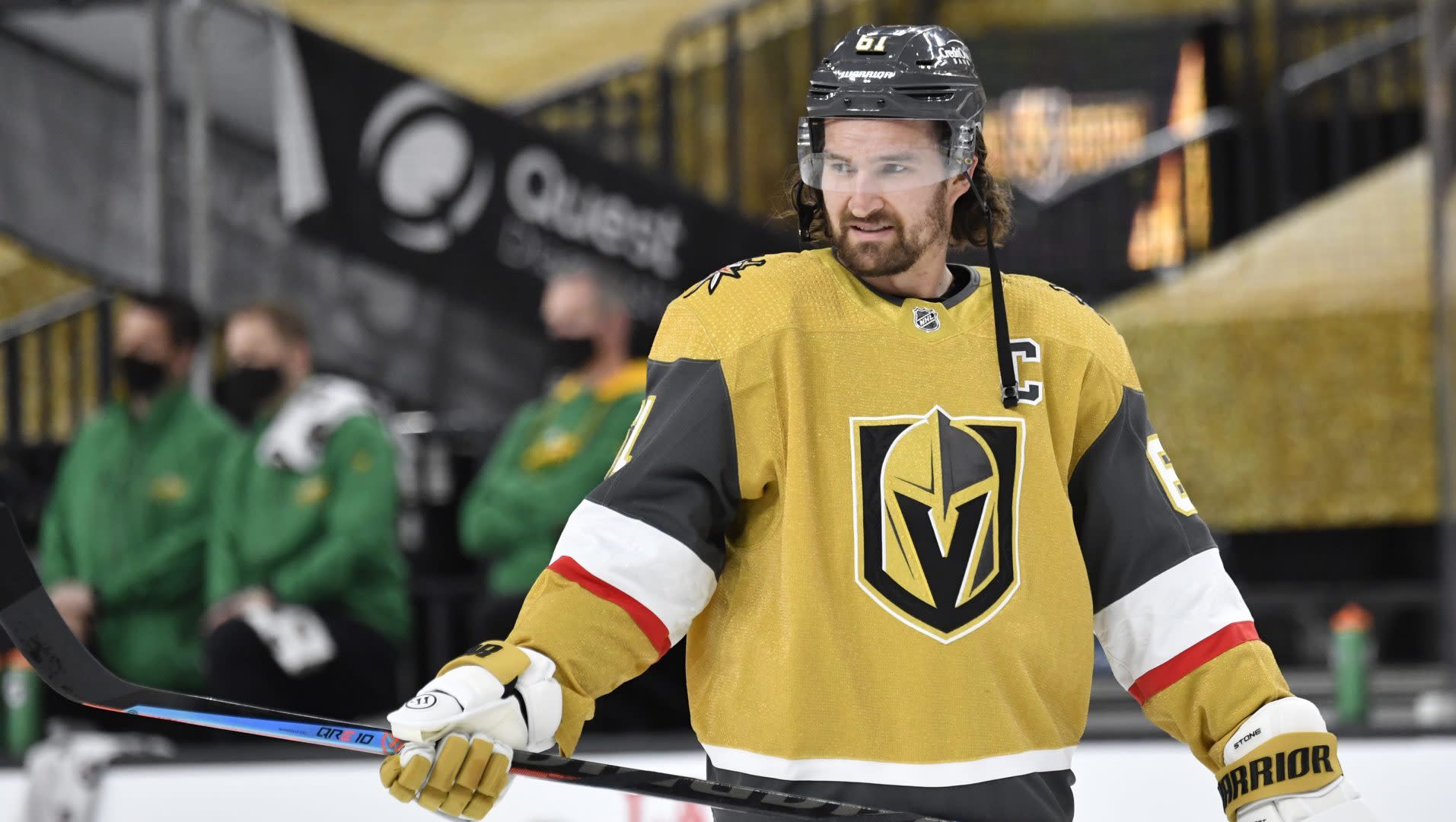 In this week’s edition of the NHL Power Rankings the Vegas Golden Knights climb to the top spot thanks to a six-game winning streak that has been driven by the two-way dominance of Mark Stone and the spectacular goaltending of Marc-Andre Fleury.

The Golden Knights look like a Stanley Cup contender for the fourth year in a row and might have their best team yet.

Just behind them are the defending Stanley Cup champion Tampa Bay Lightning, Toronto Maple Leafs, Carolina Panthers, and surprising Florida Panthers to round out the top-five.

Where does your team sit?

To this week’s NHL Power Rankings!

2. Tampa Bay Lightning. It is scary how good this team is at all levels. Even when you take an MVP and scoring champion away from their roster they still dominate everybody. No weakness here.

3. Toronto Maple Leafs. Little slip up against Vancouver this week, but that will happen over the course of a season. The North Division still belongs to them.

4. Carolina Hurricanes. The Vincent Trocheck trade is one I think a lot of people forgot about a year ago, but he is at a point-per-game pace and already has 13 goals in 22 games this season.

5. Florida Panthers. Sergei Bobrovsky is starting to play better. That is good news. Also good news is the fact their stars at the top of the lineup (Aleksander Barkov, Jonathan Huberdeau) are dominating.

6. New York Islanders. They feasted on Buffalo and New Jersey this week, which is exactly what a good team is supposed to do. The second half schedule gets a little tougher.

7. Washington Capitals. They need to get Tom Wilson straightened out because he is too good of a player to lose for significant portions of the season because he can not control himself.

8. Boston Bruins. Charlie McAvoy has to be in the Norris Trophy discussion at this point. Still need to see a little more scoring depth at forward from this team.

9. Colorado Avalanche. Their biggest issue right now is injuries, and they are starting to mount. Mikko Rantanen and Samuel Girard are stepping up in a big way, though.

10. St. Louis Blues. Speaking of good teams dealing with injuries, say hello to the Blues. Getting Vladimir Tarasenko back is a good start.

12. Pittsburgh Penguins. Evgeni Malkin is starting to heat up, and he seems to be developing some chemistry with Kasperi Kapanen. Their second half schedule is the softest of the teams competing for a playoff spot in the East.

13. Minnesota Wild. They should be able to secure that fourth playoff spot in the West, and it will be fun to see Kirill Kaprizov on the playoff stage.

14. Philadelphia Flyers. Still the most confusing team in the league. The results are fine, the process behind them is shaky. Carter Hart has regressed and they need that to change.

15. Chicago Blackhawks. Not a great defensive team and the forward depth is a concern, but the Patrick Kane-Alex DeBrincat duo and Kevin Lankinen are keeping them in it.

16. Edmonton Oilers. The three games against Toronto seemed like a good measuring stick for where they are. They are not close.

17. New York Rangers. Alexis Lafreniere is starting to produce a little more and become more noticeable. Not every top pick is going to be an immediate superstar. It takes time.

19. Arizona Coyotes. Conor Garland keeps getting better every year he is in the league and is becoming their top offensive playmaker.

20. Los Angeles Kings. They are hanging in the race, but they see a lot of St. Louis, Colorado, and Vegas over the next month. Big challenge ahead for them.

21. Calgary Flames. Darryl Sutter is back and he has a mess to clean up.

22. Columbus Blue Jackets. John Tortorella gets the vote of confidence from the general manager, but this seems like an uphill battle here for making the playoffs. They only have two head-to-head games remaining with Chicago — the team they are chasing — and a lot of games against Carolina and Tampa Bay.

23. Nashville Predators. The question is not whether or not they sell at the trade deadline, but how much they sell and how much of a change they are looking to make.

24. Dallas Stars. Injuries are taking their toll on this team right now. Since starting the year 5-1-1 the Stars are 2-7-4 in the games since.

25. Vancouver Canucks. They stunned Toronto in back-to-back games this week, but it is probably not enough to make a difference. They are still four points out of a playoff spot and have played five more games than the team they are chasing. That is going to be nearly impossible to make up.

26. Ottawa Senators. There is a lot of young talent here, they play hard, they are fun to watch, and every once in a while they just show up and embarrass an unsuspecting opponent that was probably hoping for an easy game.

27. San Jose Sharks. There is not much to like here in the short-term or long-term.

28. New Jersey Devils. Jack Hughes is coming along nicely, but he needs some help around him.

29. Anaheim Ducks. Just not enough talent offensively to even pose a threat to opposing defenses or goalies.

30. Detroit Red Wings. At the start of the season a reasonable expectation would have been seeing the young players improve and the short-term veteran acquisitions play well enough to boost their trade value. Not sure either is happening.

31. Buffalo Sabres. Their fans deserve better than this.

Adam Gretz is a writer for Pro Hockey Talk on NBC Sports. Drop him a line at phtblog@nbcsports.com or follow him on Twitter @AGretz.

Mike Minor on Strong Outing for Texas to defeat Seattle