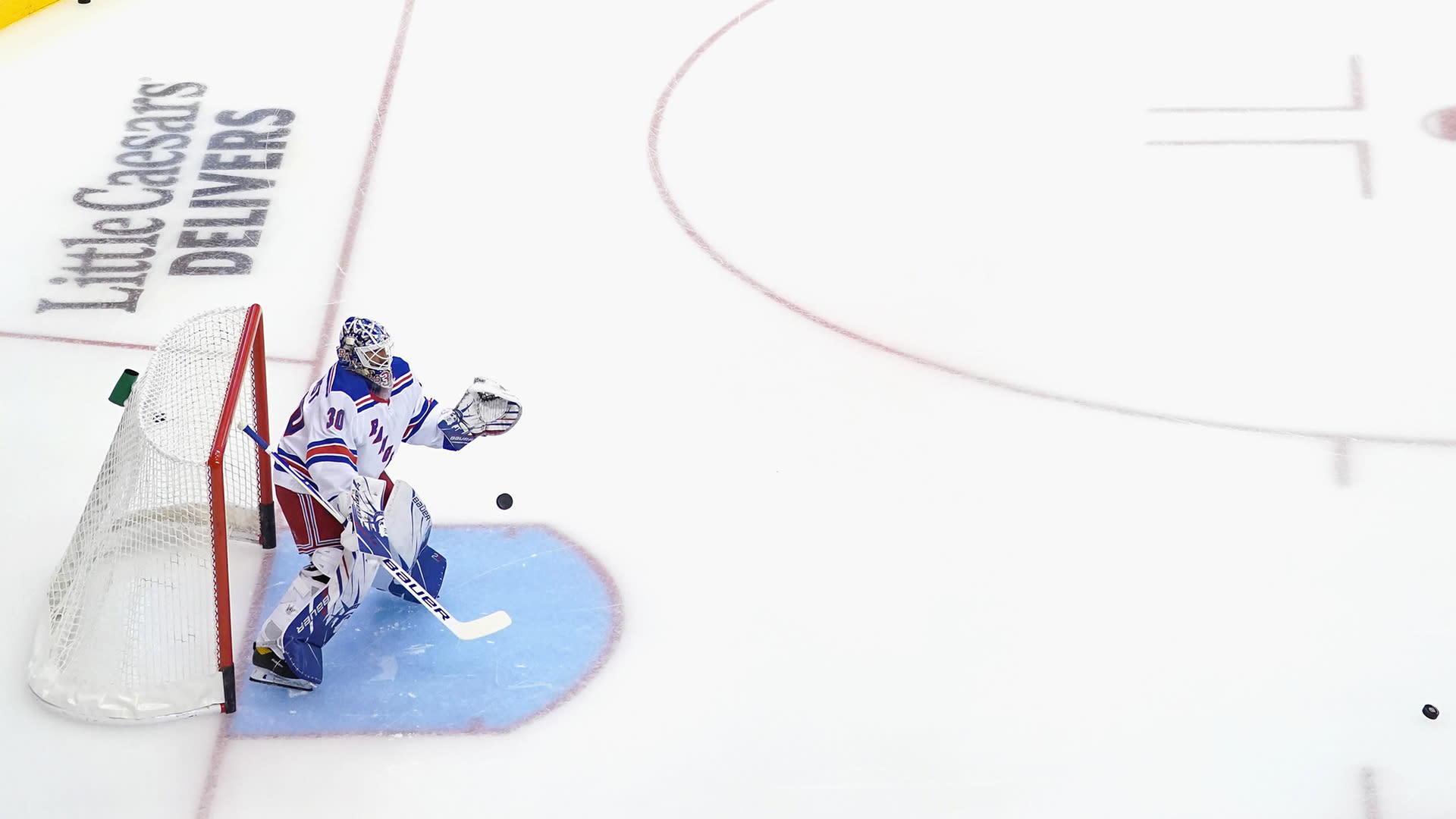 We’re back! The NHL begins its 2019-20 playoff qualifiers after a four-month break and we’ll be here to capture all the action from every game.

Follow along here as Yahoo Sports NHL editors Arun Srinivasan, Kyle Cantlon and Justin Cuthbert keep you posted on the all major storylines, highlight-reel goals, major injuries and anything else you need to know.

The Rangers were beginning to look like they didn’t belong after a dominant opening period from Carolina spilled into the second, but a tip-in goal from Mika Zibanejad has brought the Blueshirts within one, setting up for an exciting third.

Heavy hits, a fight and a nice little dish for a backdoor finish?

If this is what playoff hockey looks like in a bubble, we’ll be just fine.

Hurricanes defenseman Jaccob Slavin scored the first meaningful goal of the NHL’s restart with a beautiful finish over the shoulder of Henrik Lundqvist to make it 1-0 Carolina less than a minute in:

Not long after that, Justin Williams and Ryan Strome traded blows in a spirited tilt because THIS IS THE PLAYOFFS BABY:

In a somewhat surprising development, Henrik Lundqvist will now start for the Rangers in Saturday’s first game against the Hurricanes, after Igor Shesterkin was determined unfit to play.

Henrik Lundqvist leads the New York Rangers out for warmups in Toronto.

Canadiens look to keep success rolling at home vs. Flames

This was the secret to Rutherford’s success

Busch going all in with new sponsor, confidence at Phoenix