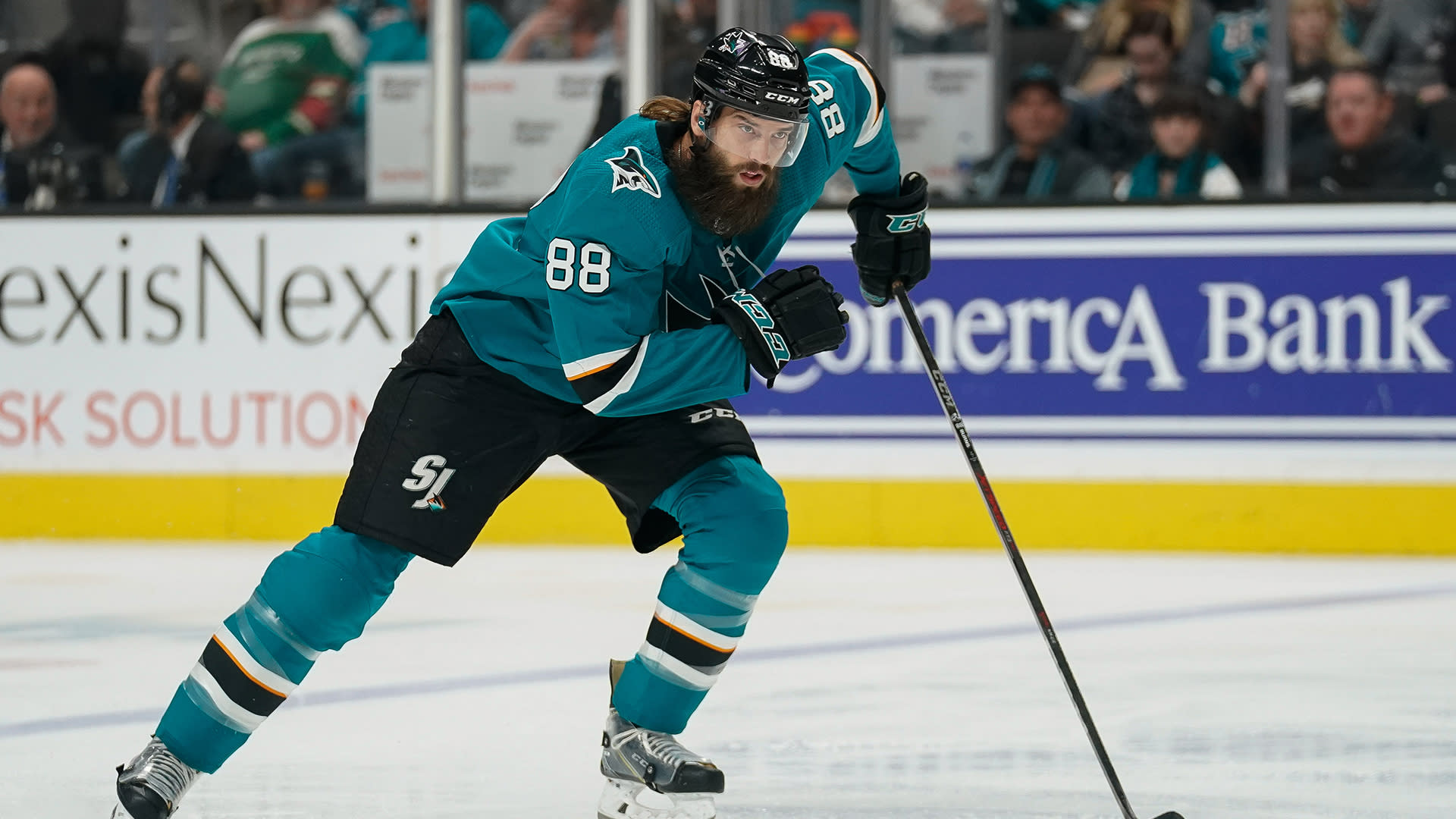 We don’t know when the next NHL season will begin or end, but once it does, a new team officially will join the fold.

The still-unnamed Seattle expansion franchise will become the league’s 32nd team, and in the process, the Sharks will lose a player from their roster as part of the 2021 NHL Expansion Draft.

Not everyone in San Jose will be up for grabs. The Sharks, along with the other 30 current NHL teams, will be permitted to protect a group of their players from the expansion draft according to one of two options. Either a) protect seven forwards, three defensemen and one goalie, or b) protect eight skaters and one goalie.

So, where does that leave the Sharks?

By narrowing down who San Jose is likely to protect, we can zero in on which players are likely to be exposed.

That’s six pretty-darn-sure things already, plus an unnamed goalie. So, under this assumption, the Sharks would only be able to protect three more forwards and one additional defenseman under Option A, or just two more skaters under Option B.

Though nearly all of San Jose’s top prospects will be automatically exempt due to lack of service time, Jonathan Dahlen — generally regarded as the Sharks’ second-best prospect — will be eligible for inclusion due to his playing AHL games in 2017-18. So, chances are, they’ll protect him as well.

Regardless of which option San Jose goes with, that doesn’t leave them many more choices. As such, here are some of the more notable names that the Sharks might be forced to make available to Seattle in the expansion draft:

What the Sharks decide to do with Burns likely will depend on the trajectory of the team heading into the 2021 offseason. If San Jose successfully turns things around in short order, then keeping the 36-year-old Burns — who has another four years left on his contract at $8 million per season — will make a lot more sense than if an extended rebuild appears to be on the horizon.

The Sharks have several large salaries on their books, and making Burns available would be one possible way to alleviate some of that building pressure. Of course, if Burns has a Norris-type season next year, San Jose likely will do everything it can to keep him. More than anything, Burns’ performance next season likely will have the most determining effect on who the Sharks make available.

[RELATED: Why Sharks shouldn’t be counted out if Eichel seeks trade]

Assuming he’s still on the roster and doesn’t have a major bounce-back season, Jones would seem to be one of the more likely inclusions on San Jose’s unprotected list. He carries a hefty price tag and hasn’t lived up to it for the last couple of years.

Of course, the Sharks don’t really have anything in the way of an established goalie behind him — Aaron Dell is an unrestricted free agent — so if one doesn’t emerge, they might be forced to protect him. If San Jose makes Jones available, that likely means one of the Sharks’ goaltending prospects made a significant leap or a free agent outperformed him in the year ahead.

He brings plenty of talent to the table and has been useful on the power play. But Labanc’s problem is consistency. On some nights, he’s one of the best players on the ice. Others, you hardly notice him. He bet on himself last offseason, but it didn’t appear to pay off.

A restricted free agent, San Jose should be able to re-sign him at an affordable price. He still is only 24 years old, though. Should Labanc take a couple steps forward next season, it likely will come at a discount, which the Sharks would likely want to protect. If he’s ultimately made available, he could offer the combination of youth and talent that would pique Seattle’s interest.

Acquired early in the season, Noesen, 27, made a strong impression during his first year in San Jose. He provided the occasional offense, scoring six goals in 34 games, as well as some sorely-needed toughness. He also immediately became a leader in the locker room.

Noesen currently is an unrestricted free agent, but it would be surprising if he didn’t start next season in a Sharks sweater, and he shouldn’t be too costly either. If he can build off this past season’s performance, one would imagine San Jose would prefer to keep him around. Who else the Sharks protect likely will determine if he can be protected or not.

Gambrell has accomplished the most of the three, but he’s running short on time. A restricted free agent at the end of next season, he’ll be eligible for inclusion in the expansion draft if he plays in at least 20 games. Unless he breaks out, Gambrell seems likely to be one of the names the Sharks leave unprotected.

You could say the same thing about Suomela — assuming the restricted free agent is re-signed — who has notched four goals and 11 assists over 47 NHL games across the last two seasons. He’s still only 26, but has yet to live up to his potential. True, on the other hand, is younger (22 years old) and was fairly noticeable over the course of his NHL debut this season. He should have a good opportunity to begin the season with San Jose, and would seem to be the most likely of the three to carve out a long-term role with the big club.

Previous Two-time All-Star Ian Desmond will sit out the 2020 MLB season, citing racial injustice as the reason why

Next 2020 NBA Mock Draft: Latest update with the return of basketball less than a month away

Discourse over national anthem looms for NBA, other leagues

Can Dallas fans finally relax after late win on Sunday?

By the Numbers, Sponsored by Discover: Brazil vs. Belgium | 2018 FIFA World Cup™