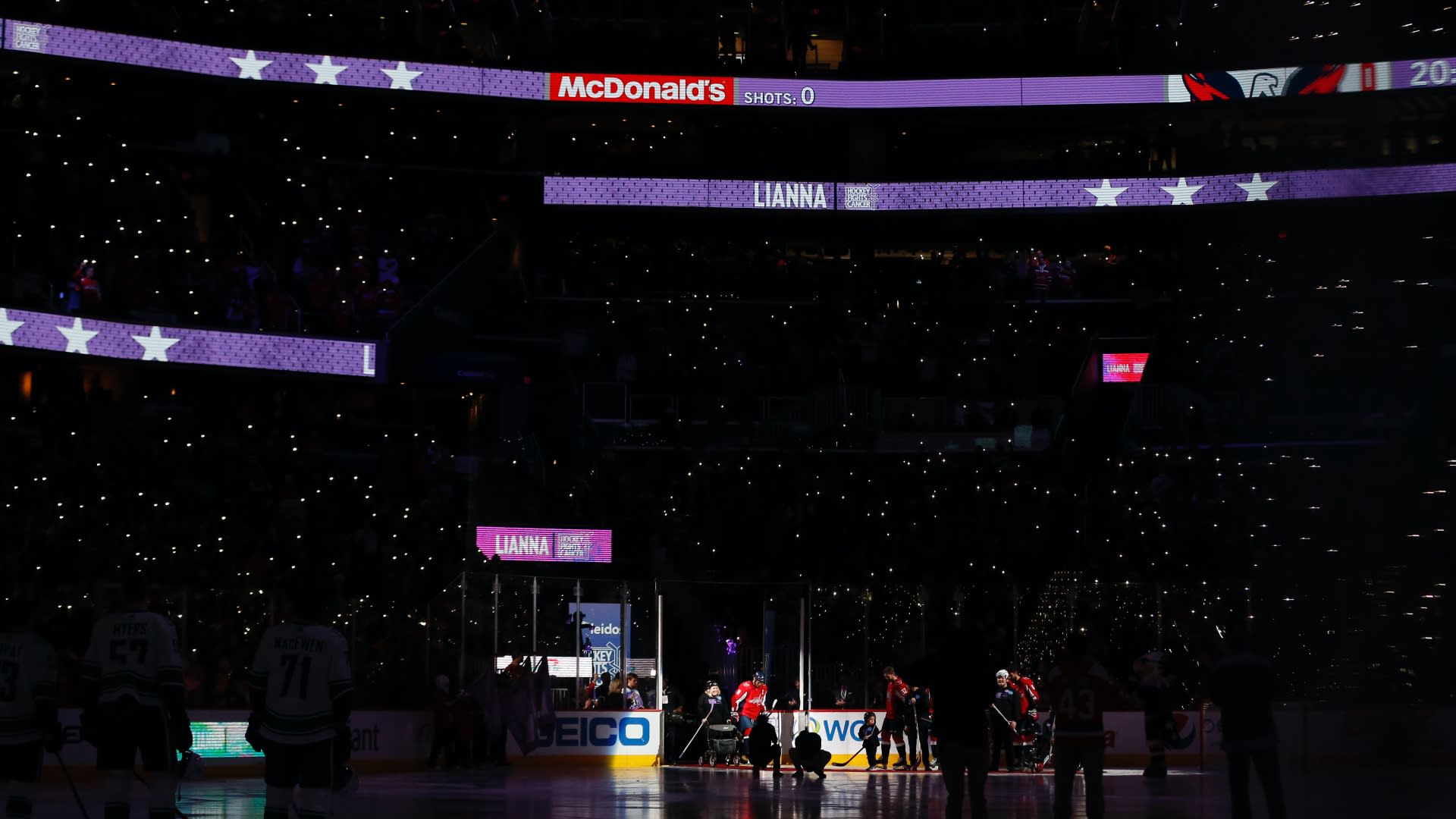 For the past few weeks, the Capitals have been showing support in various ways for those who have fought or are fighting cancer by participating in the NHL’s “Hockey Fights Cancer Month.”

It’s a cause that hits close to home for Caps forwards Jakub Vrana and Nicklas Backstrom — both of their mothers are cancer survivors.

Jana Vranova was diagnosed with lymph node cancer five years ago when Vrana was playing for the Swedish Hockey League. He wanted to come home to support his family as soon as he got the news, but his mom told him to keep playing.

“She wanted me to play because she said she is the happiest person when she sees me play hockey,” he told NHL.com.

“I just knew right away she was going to beat it because I just believed in her,” Vrana said. “She’s a really strong woman and she will beat it.”

In a video, the Caps remembered longtime fan Greg Cohen, who fought a difficult four-year battle with osteosarcoma and passed away in July, before he could meet his now three-month-old twin daughters.

Cohen celebrated the Capitals’ Stanley Cup win in 2018 and met two standout players from the team: Backstrom and TJ Oshie.

Backstrom surprised Cohen by coming over the day he was leaving for one of his surgeries. He gave him a signed jersey that still hangs in the family’s hallway. Oshie met Cohen right when he needed his spirits lifted, as he faced losing a leg.

London started treatment for acute lymphoblastic leukemia in January. She spent the first month in the hospital, too exhausted from chemo to move.

Last month, Caps forward Nic Dowd sent her a message and gift basket for her Caps-themed “home-gating” party, organized by Hope for Henry.

But instead of Dowd inspiring her, London inspired him with her concern for others.

“If you’re going through the same thing as me, I hope… that you’re doing ok and you’re staying strong like me,” London said in the Caps video.

Poppy was diagnosed with acute myeloid leukemia in 2018 and spent eight months in the hospital while she underwent chemo. She’s been in remission for a little over a year.

Poppy’s mother got emotional in the Caps video when she talked about “all the support that these families—that we get,” which she called “truly amazing.”

“You know, it’s not a position that you want to be in,” she said. “But let me tell you, there are so many people there to help carry you through it.” She listed the Make-A-Wish Foundation, local sports teams and other pediatric cancer nonprofits as organizations that have made a positive impact on their lives.

Despite the lack of games and events that are typically dedicated to the cause this month, Tom Wilson kept one tradition alive by participating in Movember, a campaign that raises money and awareness for men’s health, including prostate and testicular cancer.

Wilson raised $3,825 while growing a glorious handlebar mustache. His dog, Halle, also got in the spirit, raising $500 for the mustache-shaped white patch on her upper lip.

Previous Kevin Durant, Kyrie Irving Not Expected To Play Every Game This Season

Why Max Kellerman Believes Celtics Are Bigger Mess Than Lakers