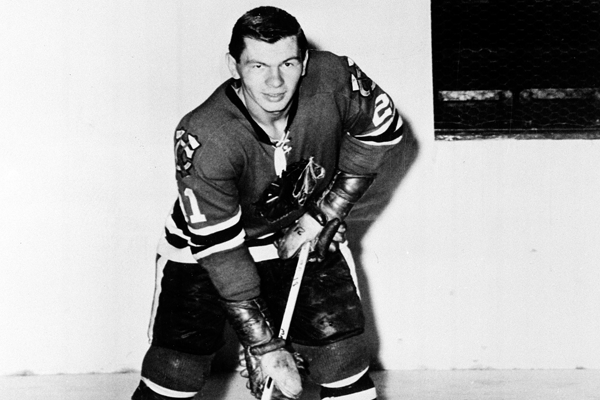 Among the topics discussed, Wilson spoke on rooming with Blackhawks legend Stan Mikita as a young player, which led to quite the revelation.

“He became like my second father also for various reasons later in my life, but to go to Chicago as a 19 or 20-year-old kid, to check into the Bismarck hotel and you look over and your roommate is Stan Mikita… I hope he didn’t think I was creepy, but I was just staring at him the whole time, ‘This can’t be real,'” Wilson said on the show.

“I was fortunate my older brother is probably the best big brother you could ever have. He won four Cups in Montreal and he shared a lot of experiences with me, but the fact that I’m going to room with Stan Mikita all year, still to this day I look back and I go, ‘That’s incredible.'”

Then Redmond asked Wilson if Mikita ever cooked for him while the two were roommates.

“This is on the road (when they were roommates), but Stan Mikita never cooked his steaks. He ate his steak raw right out of the bag. So, no, he never cooked for me,” Wilson said.

Maybe that was Stan’s secret in recording the most points in Blackhawks history (1,467).

Discourse over national anthem looms for NBA, other leagues

Fabian Johnson and Raffael team up for a goal vs. Bayer Leverkusen | 2018-19 Bundesliga Highlights

Surf is up: Season opens for Olympics qualifying, equal pay