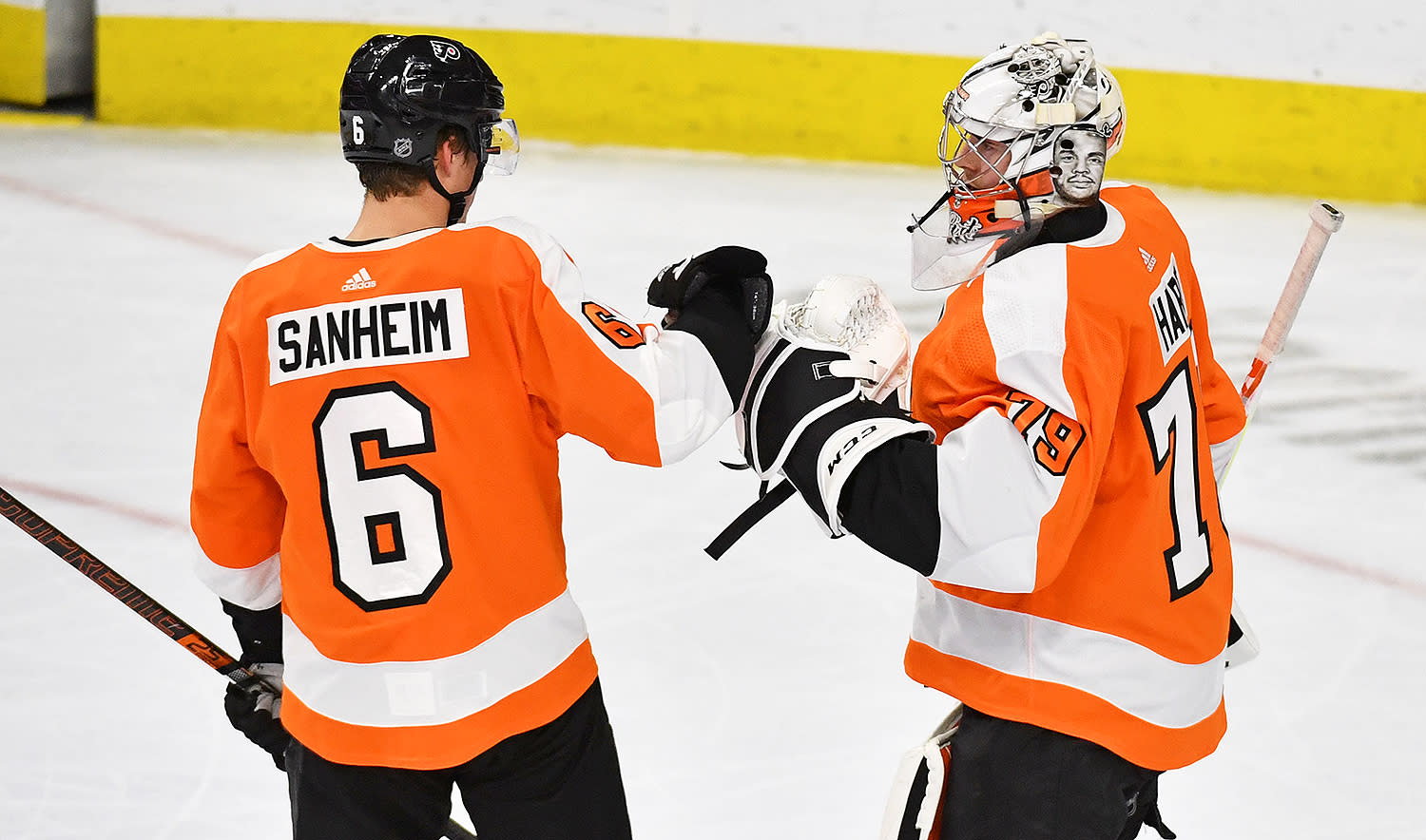 The club did not issue an offer to forward prospect Pascal Laberge, making him an unrestricted free agent. The 23-year-old was taken by the Flyers in the second round of the 2016 draft. He has battled injuries throughout his development, going back to 2016-17 and his junior hockey days. Laberge had played a total of 54 games with AHL affiliate Lehigh Valley.

Sanheim also had a challenging season. His previous contract was a two-year, $6.5 million bridge deal. The 25-year-old defenseman is arbitration eligible.

Both Hart and Sanheim were very good the two seasons prior to last year.

“There’s really no hurry there,” Flyers general manager Chuck Fletcher said last Thursday about Hart’s next contract. “We haven’t had a lot of conversations yet about the contract, just like we haven’t with Sanheim or other people as well. That time of the year is sort of coming. We’ll get a feel for what their preferences are, what the price point would be and different term lengths, like you always do, and see what makes sense.”

Bunnaman, a 23-year-old depth center the organization has been impressed with, is also coming off of his entry-level contract. Over the last two seasons, he has played 39 games with the big club.

The Flyers retained the NHL rights of Kase, a 2015 fifth-round pick who is set to play in his native Czech Republic for HC Sparta Prague next season.

Samuel Morin re-signed Monday on a one-year, $750,000 deal. It’s uncertain if the Flyers will bring back any of their other soon-to-be unrestricted free agents, veteran goalie Brian Elliott being one of them.

Per CapFriendly.com, the Flyers currently have around $11.7 million in cap space. They need to address their backup goalie situation and could possibly add a depth forward or defenseman.

Tom Wilson, Lars Eller among Capitals to play in preseason opener vs. Bruins

John Tavares with a Goal vs. Montreal Canadiens

Berube: ‘We knew energy was going to be an issue’ in second game of back-to-back