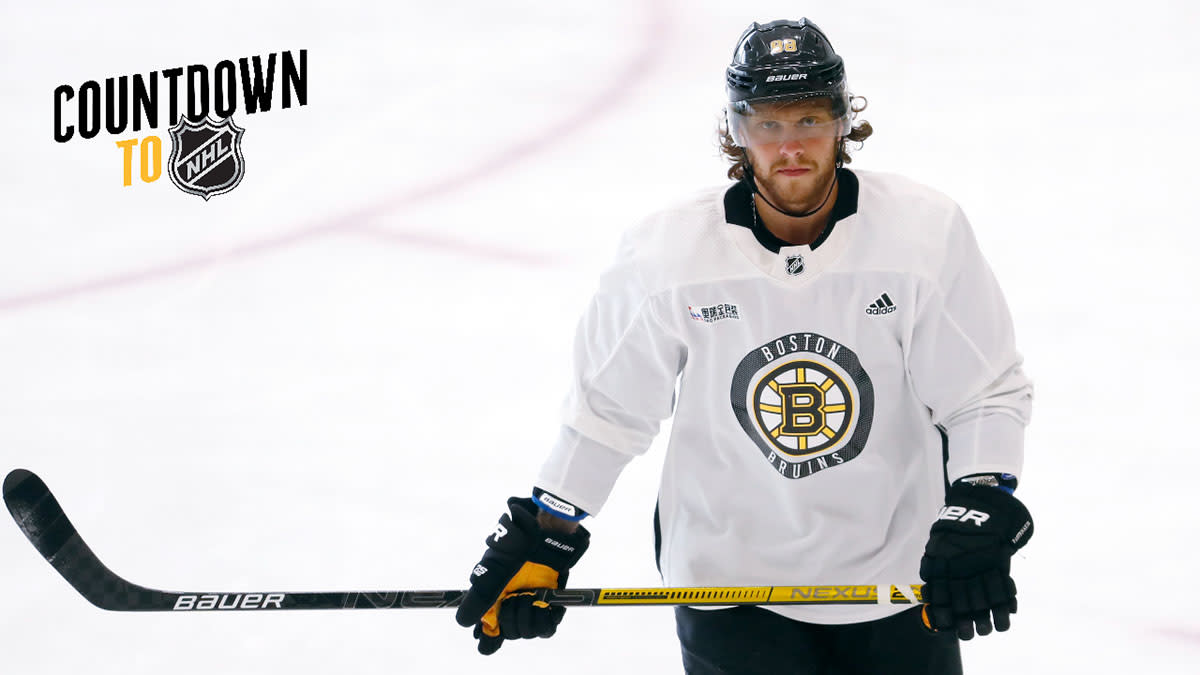 BRIGHTON, Mass. – Things may have just gotten very real for the Bruins when it comes to keeping a tight lid on their Return to Play camp amid the ongoing COVID-19 pandemic.

After Bruce Cassidy expected a full group on the ice for Thursday morning at Warrior Ice Arena, both David Pastrnak and Ondrej Kase were deemed “unfit to participate” and weren’t at the facility after both players looked healthy while skating at Warrior on Wednesday.

Pastrnak was also slated to speak with the media via Zoom on Thursday as well, but that was scrapped by Bruins PR once he was unavailable to participate on the ice.

“That was the plan,” said Bruce Cassidy, when asked if he had hoped that Pastrnak and Kase would be full camp participants in practice by Thursday. “It’s ‘unfit to participate’ for right now and hopefully that changes in the future.

“Anytime players miss a session where we expect them back up to full speed, until he’s out there then it is a concern for us as a team. But we’re going to forge ahead. We’ve got different guys in, but obviously anytime you’re missing two guys that play up in your lineup – and David is our leading scorer – you want them in there, getting back into condition and returning to the ice being with [their] teammates. But [they’re] not, so we’ll mix guys in there. It allows us to do some things, but obviously we’d prefer to have those guys in there.”

Clearly, it’s a big deal when things become uncertain with a player in Pastrnak who tied for the league lead with 48 goals this season and is a game-breaking force for the Bruins both on the PP and at even strength. Anders Bjork has skated with Patrice Bergeron and Brad Marchand in Pastrnak’s spot over the first few days of camp, and the Bruins slid top prospect Jack Studnicka onto the wing for Thursday’s camp session in place of Kase.

But the mounting absences in camp for both players really begin to put them behind at this point.

Cassidy wasn’t very forthcoming with the details given the NHL’s policy of being tight-lipped about both injuries and positive COVID-19 testing in the Return to Play, but it sounded like the Bruins might be planning for a longer absence for both players. Given that they skated yesterday and appeared 100 percent healthy, it is cause for concern.

While it could be a false positive test result at this point, it should also be noted that both Pastrnak and Kase were skating together locally at rinks with local hockey teams while serving out their mandatory quarantine period all the way up to the beginning of this week. Cassidy said he wasn’t looking too far ahead at either Pastrnak or Kase missing out on postseason games in August, but a potential 14-day quarantine period would keep them completely out of action for a while.

“We look at our lineup and who could do the reps and be the best fit. Nothing is set in stone. Anders has played up there, so for us as coaches we get used to that,” said Cassidy. “Am I thinking ahead to being without [Pastrnak and Kase] in the round-robin or the playoffs? No, that would be speculating. But for today and if I get word later today that the same thing is going to happen tomorrow, then we start looking at other guys and as a staff we go through that.

“But there’s only so many guys that would go up to [Pastrnak’s] spot. Kase came late [at the trade deadline], so there’s a lot of guys that could play in that spot. We know that with [Krejci] on his right side, so that would be nothing new. But to miss both of them [on the right side] sure is an opportunity for somebody else. But I’m not thinking too far ahead other than ‘Hey, if it is long term then who is the best?”

One would guess if it is indeed a positive COVID-19 test then the Bruins are hoping it’s a false positive as it was with one of the Bruins players last month when they first started up Phase 2 voluntary practices.

One other thing to note: It could be as simple as either Pastrnak or Kase running a high temperature and being sent home, or one, or both, of them having come into secondary contact with somebody who tested positive for COVID-19 rather than testing positive themselves. But something clearly happened to both players between participating yesterday and being kept away from the Bruins facility on Thursday.

Either way, it’s going to be interesting to see how all of this plays out over the next few days, and weeks, with it being a window into what things might be like once players start testing positive when the actual games are being played in August, September and October.

NFL Rumors: Is There Optimism For Patriots Regarding Julian Edelman’s Injury?

Girls hockey in Philly may get boost from Howe Foundation