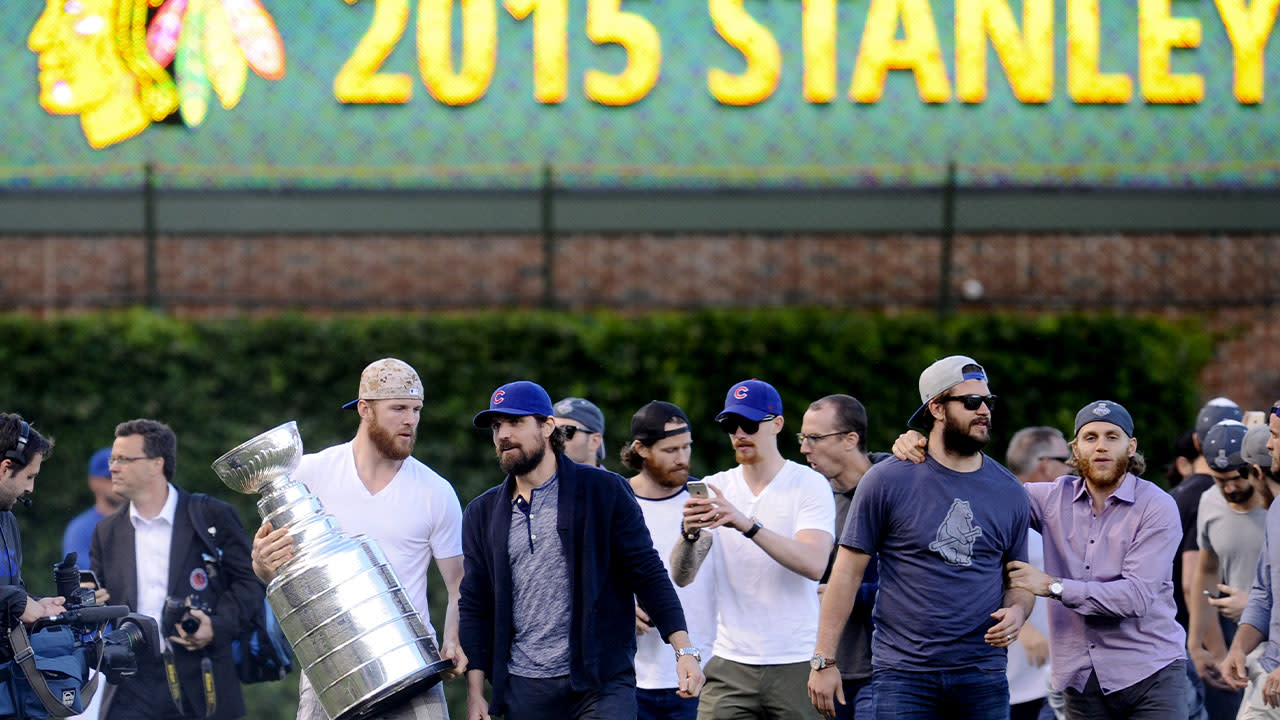 Blackhawks great Brent Seabrook announced his playing days were over on Friday.

He’s been battling injuries since 2019 and said his body had finally won.

RELATED: Brent Seabrook reflects on 15-year NHL career: ‘I gave it all I had’

Fans have been pouring onto social media to thank Seabrook for all he did for the team and city of Chicago.

And the other big four Chicago franchises came together to congratulate Seabrook on a remarkable career.

“I am so proud to have played my entire 15-year National Hockey League career in Chicago with the Blackhawks, Seabrook said in a statement. “It was an honor to play the game that I love, with teammates I love, in front of fans I love, in a city that my family and I have grown to love.

“…I want to thank the Blackhawks organization – including the Wirtz Family, Rocky and Danny Wirtz, Stan Bowman and Jeremy Colliton – who have been very supportive throughout this process. I’m thankful for all that the Blackhawks have done for me and my career.

“This organization drafted me as an 18-year-old kid out of western Canada and this team became my family away from home. In addition, I’m thankful for the Blackhawks medical and training staff for always putting me in the best position to succeed on the ice. Over the past 15 years, I’ve played with and for some incredible teammates and coaches. I thank each and every one of you. It was an honor to wear the Blackhawks sweater and go to battle with you night in and night out. I loved being your teammate.”

Sadly, Seabrook won’t be able to say goodbye to fans in the United Center for a while. Someday there will be one last shift in front of the Madhouse faithful.

“To the great fans of the Chicago Blackhawks, thank you,” Seabrook said. “I sacrificed everything for this team in our quest to lift three Stanley Cups and gave it everything I had for you. I couldn’t have asked for a better fan base to play for.

“You, more than anyone, kept me honest and always pushed me to be better – while also cheering me as your All-Star and Champion. Lifting the Stanley Cup in 2015 in front of all the fans at the United Center will be a memory I’ll never forget.

“You have truly made Chicago a second home. My family and I will be forever grateful for your love and support and I look forward to always having a special connection with you the fans. I will always be a Blackhawk.”

Mark Stone with a Goal vs. San Jose Sharks

Mark Stone with a Goal vs. San Jose Sharks

Chargers have no one to blame but themselves after loss

Gobert goes for 25 and 14 as Jazz beat frustrated Warriors