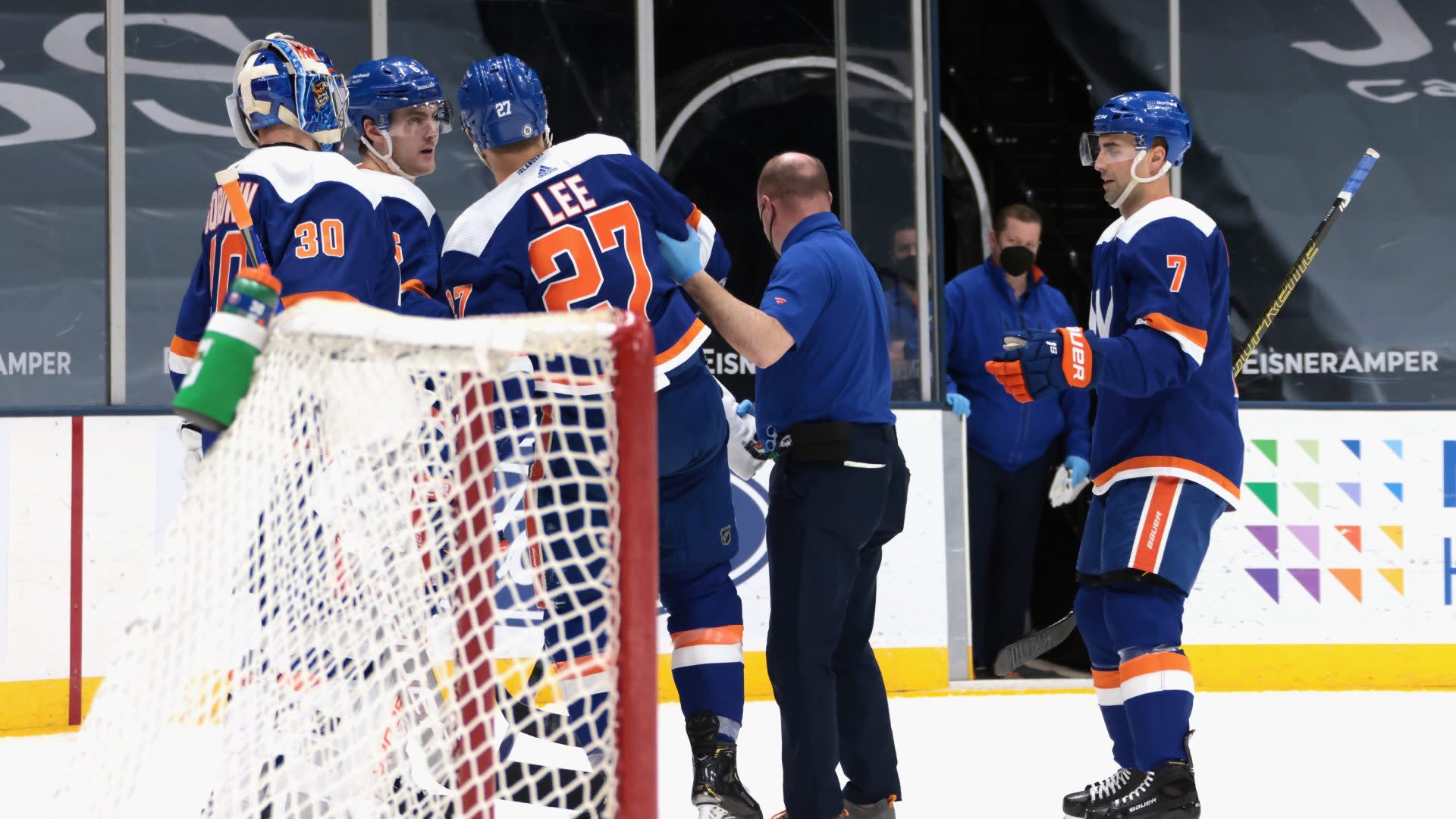 Anders Lee will be out indefinitely, according to the Islanders, after suffering a lower-body injury Thursday night.

With the Islanders holding a 2-0 lead midway through the first period, Lee got tangled up with Devils forward Pavel Zacha in front of the New York net. The Islanders captain was did not put any weight on his right leg as he was helped off the ice.

“Anders is our captain, he’s our leader,” said Islanders coach Barry Trotz. “He does everything right. He’s such a good pro and such a good person. He’s got the total respect of our whole team and the bench all the time. [There are] very few times Anders Lee struggles to get up from any kind of hit or anything. He’s a tough, tough man and everybody on our bench felt for him there.”

The injury means the end of Lee’s consecutive game played streak at 295. It is the third-longest ironman streak in franchise history behind Billy Harris (576) and Bobby Nystrom (301).

Through 27 games Lee leads the first-place Islanders with 12 goals and is second behind Mathew Barzal with 19 points.

“He’s the heartbeat of our team,” said forward Josh Bailey. “He’s not a guy to lay on the ice so we knew something was going on and we’re just hoping for the best news possible.”

Sean Leahy is a writer for Pro Hockey Talk on NBC Sports. Drop him a line at phtblog@nbcsports.com or follow him on Twitter @Sean_Leahy.

Anders Lee out indefinitely after suffering injury vs. Devils originally appeared on NBCSports.com

William Karlsson with a Shorthanded Goal vs. St. Louis Blues

Sean Couturier with a Goal vs. Boston Bruins

Should Canadiens worry about bad start, Bergevin’s future as GM?

The road to the Masters leads nowhere as golf shuts down

McIlroy wins HSBC Champions in a playoff over Schauffele

Kop quiet, Liverpool roars to verge of 1st title since 1990